“Blind Eye” is the fifth book dealing with the character DS Logan, a policeman in Aberdeen who has as many screw-up as successes in the course of the book but usually gets his man in the end.  As with the previous Stuart MacBride novels this follows the story of a series of crimes, in this case rather than murders the victims are blinded but left alive.  As with previous books the plot takes you to some of the darker side of life in a Scottish city and to some of the more idiosyncratic things that happen within police work and inner politics.

DS Logan again has to cope with being on the firing line between his superiors who pull him from one assignment to the next like a pawn in their own one-up-man-ship. Meanwhile someone is blinding Polish emigrants in apparent racially motivated attacks, until the pattern suddenly changes and one of the leading local drug dealers is attacked.

While I continue to enjoy the plot and the character in MacBride’s books what particularly struck me in this novel was towards the latter half of the book when Logan seemed to almost have been beaten and given up.  [Spoiler warning=>] as he slides back into smoking and drinking even more heavily the descriptions of his drunkenness is handled really well.  As this is all written in the first person we, the reader, get the feeling that things are slipping out of control rather than another character telling Logan to pull himself together or any similar device to show what is happening and I found these parts very well written and handled

In contrast to the previous review I finished reading this a few months ago but forgot to review it (actually I just found it lying on the floor beside my bed and realised my mistake.  Even after that time gap I can remember much of the plot of this book, how the police were led up a few blind alleys and who the murderer eventually turned out to be.

I’ve read a few of Stuart MacBride’s books now, all fairly brutal murder mysteries set in modern day Aberdeen and following Police procedure and culture very well.  What I would warn potential readers about this book is that the subject matter, i.e. the nature of the murders is particularly graphic – perhaps why it stuck with me so much.

Just a quick review.  Read it, it was OK but only really started to come together in the last third.  Felt like two completely different stories were going on with too many characters to remember or care about.  It was alright, but I finished it yesterday and already can’t remember how it ended. 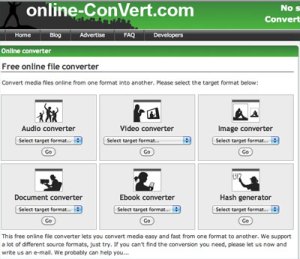 This web site that lets you convert audio, video, documents, images, etc.  I have only tested converting a video format from .mov to .wmv which was ok.  However it also accept a youtube address for the target source – which means that you can download a clip from youtube to a format of your choice.  This will probably be closed at some point because any easy way of grabbing from download that I’ve found ends up being closed.